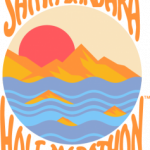 Riktr PRO Massage offers Pre-event and Post Event Massages for all ages at the Santa Barbara Marathon  – Mention this post and get a $ discount! Conveniently located at 827 State St.  Suite 13 in the heart of downtown Santa Barbara. https://goo.gl/maps/zhn9iy6ojDhipk1b9 CONTACT DIRECTIONS for APPOINTMENTS – TEXT ME: THIS IS THE ONLY WAY …

END_OF_DOCUMENT_TOKEN_TO_BE_REPLACED 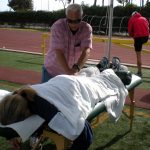 Running is a method of terrestrial locomotion allowing humans and other animals to move rapidly on foot. Running is a type of gait characterized by an aerial phase in which all feet are above the ground (though there are exceptions[1]). This is in contrast to walking, where one foot is always in contact with the ground, the legs are kept mostly straight and the center of gravity vaults over the stance leg or legs in an inverted pendulum fashion.[2] A characteristic feature of a running body from the viewpoint of spring-mass mechanics is that changes in kinetic and potential energy within a stride occur simultaneously, with energy storage accomplished by springy tendons and passive muscle elasticity.[3] The term running can refer to any of a variety of speeds ranging from jogging to sprinting.